Advanced names-analytics take watchlists to the next level

Our borders can be significantly strengthened through the use of applications built on text analytics to find insights from diverse data sources. These applications can increase the ability of analysts and security personnel to see the most vital data quickly, and form the final conclusions that still require human experience and intellect. When missing even a single match against a watchlist puts your citizens at risk, you need the best watchlisting tools available in the hands of your border security agents. A fundamental problem for effective watchlist monitoring is names written in a non-Latin alphabet (such as Cyrillic, Hiragana, and Arabic) as they are rarely transliterated to a consistent English spelling. For example, the first name of the Russian composer Tchaikovsky may be written as Pyotr or Peter. The revolutionary leader of the People’s Republic of China may be written as Mao Tsetung or Mao Zedong. Arabic, Persian, Pashtun, and Urdu names may have hundreds or thousands of spelling variations.

Many government agencies attempt to cope with this problem by creating lengthy lists of spelling variations for each individual name. There are many problems with this approach. Lists of spelling variations are inaccurate, unwieldy, and, most of all, ineffective. Representing foreign names this way introduces uncertainty and removes transparency from the process of name verification, leading to both “false positives” and “false negatives.”

Instead, Basis Technology’s names tools recognize that names of global travelers may have origins in dozens of widely spoken languages. Instead we use knowledge of the structure and culture of names in each country or language to accurately match names across languages and writing systems. 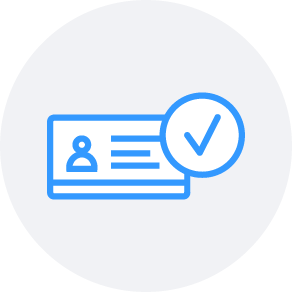 Most individuals in the modern world have numerous online social accounts and identities. Border security can leverage these online IDs to corroborate a person’s passport to increase confidence that the person standing there is indeed who he claims to be. Can the visitor answer questions of profession and education, which are easily verified on LinkedIn? Conversely, lack of corroboration with online data plus suspicious circumstances may alert security to the need for further questioning.

In the past, parents have contacted authorities or posted online about fears that their child has been radicalized. Bringing that information to the border allows a potential security risk to be flagged. Text analytics for English, Arabic, or other languages is able to find these connections and names in the native language of online postings. Although text analytics can gather information on potential associates of a terrorist, it still takes a person to make that judgement call, especially when many people share similar names. New productivity tools built on text analytics can accelerate these analyst workflows. Given a diverse set of data on a suspicious person, the analyst chooses data that is relevant for the report. The system learns from the analyst’s choices and presents more recommendations that are likely about the same person, but also carry new information that expands the analyst’s picture of the situation. A shortened report cycle means quicker alerting of the correct task force or local commander and more timely information to the border.

Basis Technology has been the defacto leader in multilingual text analytics for the intelligence and border security communities for over twenty years. We have experience both working directly with government agencies and with systems integrators to deliver within you current solution. Our names analytics functionality is currently in production within multiple government agencies. Connect with our sales team to learn more.